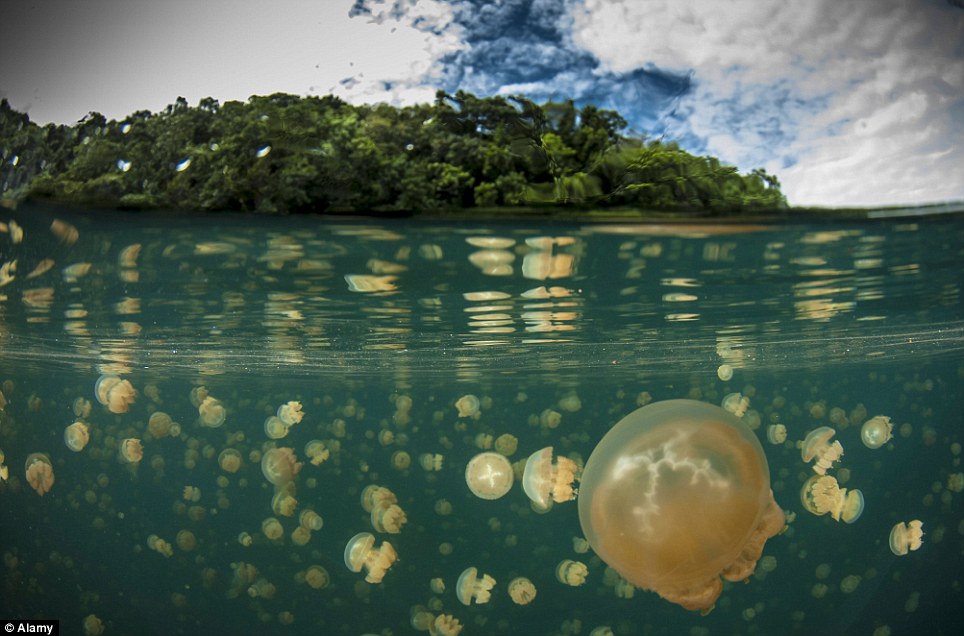 Taking a dip with these golden jellyfish in Palau's Jellyfish Lake is an unearthly, but strangely enjoyable experience as these babies don't sting. The glowing orbs of pink and purple, ranging in size from a penny to a football, evolved without the ability to sting, and are the only such known species of jellyfish. These soft as jelly lake dwelling creatures do nothing more than float about basking in the sunlight as visitors to the lake snorkel through them 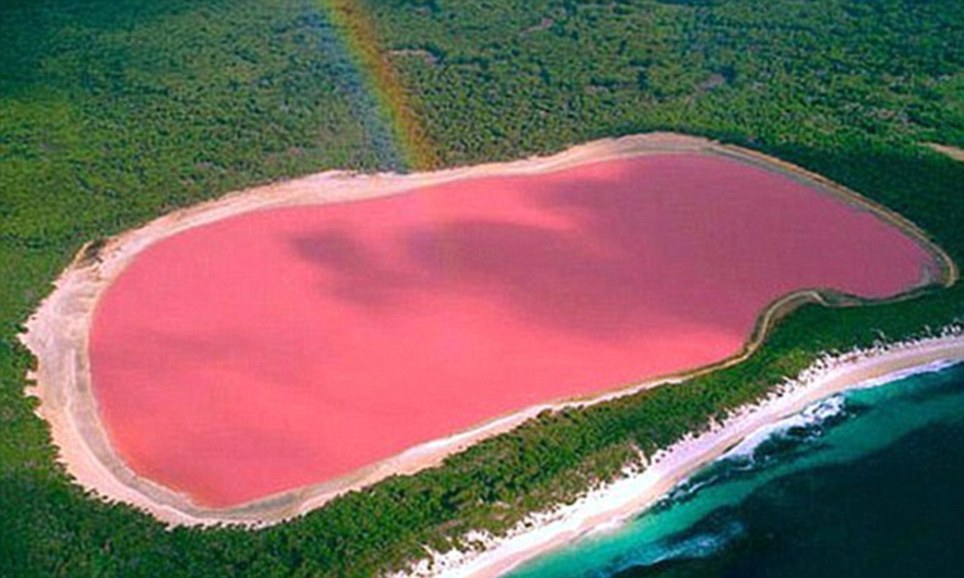 No it's not a strawberry milkshake: Lake Hillier is a pink-coloured lake on Middle Island, the largest of the islands and islets that make up the Recherche Archipelago in Western Australia. Its striking colour is due to the presence of algae that produces carotenoids. Only a narrow stretch of eucalyptus-tree-covered coastline separates this bubblegum coloured lake from the sapphire blue Southern Ocean 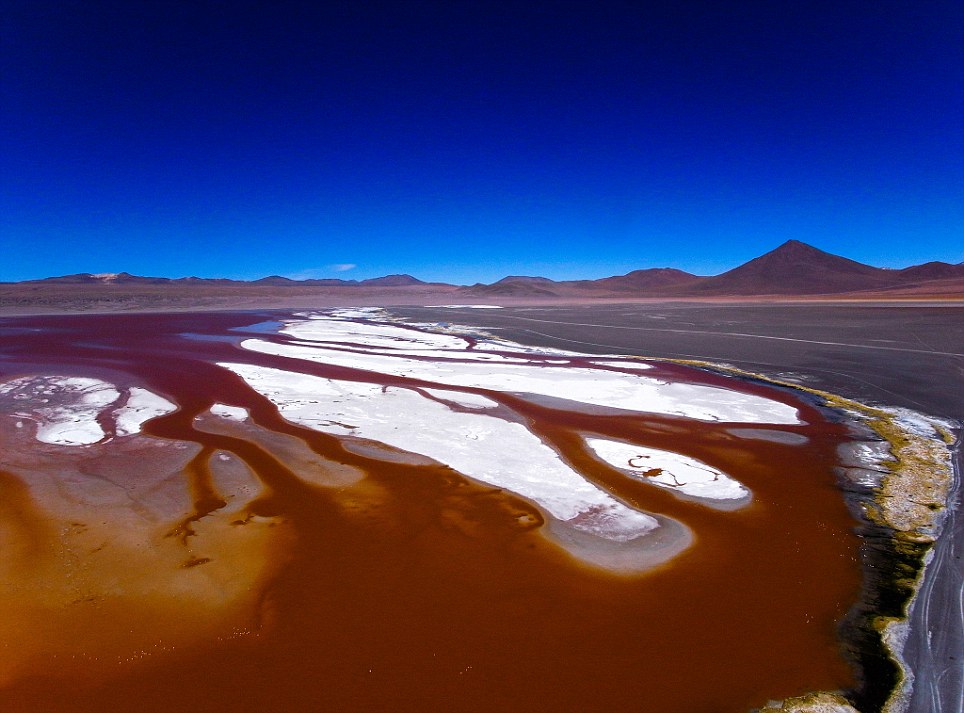 Laguna Colorada, Bolivia: The burgundy colour of this 23-square-mile stretch of water is down to the plankton, red algae, and a range of other microorganisms. This russet-red lake may well have fuelled the imagination of Salvador Dali, who once traveled to this far reach of Bolivia, as it is now called Dali Valley 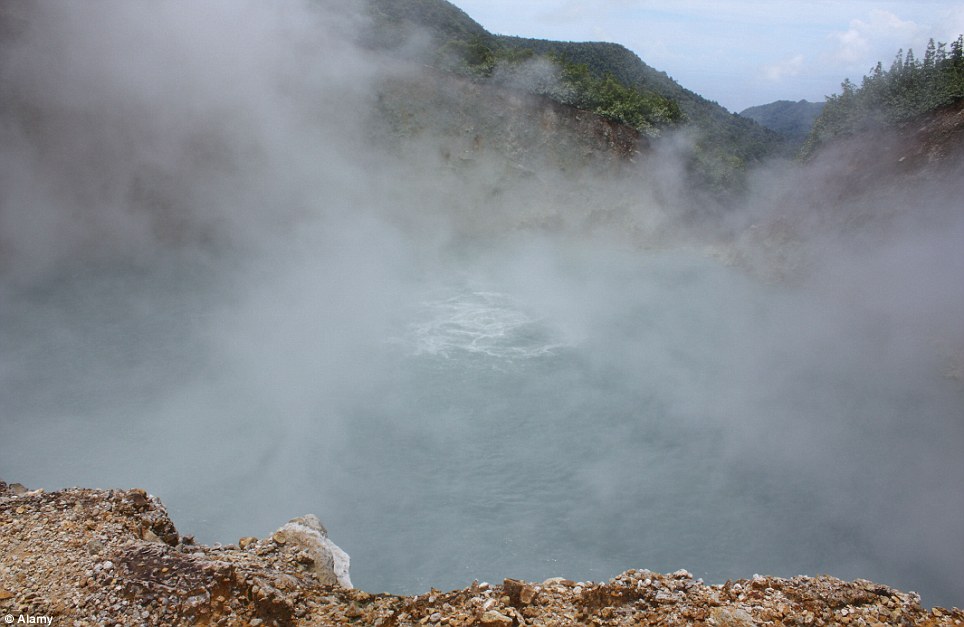 How many eggs have been thrown in here? The Boiling Lake in Dominica, the West Indies stays in a constant rolling boil so hot that no one has been able to take an accurate measurement... Scientists believe the steam-covered cauldron is a flooded fumarole, or vent that leads directly down to volcanic magma 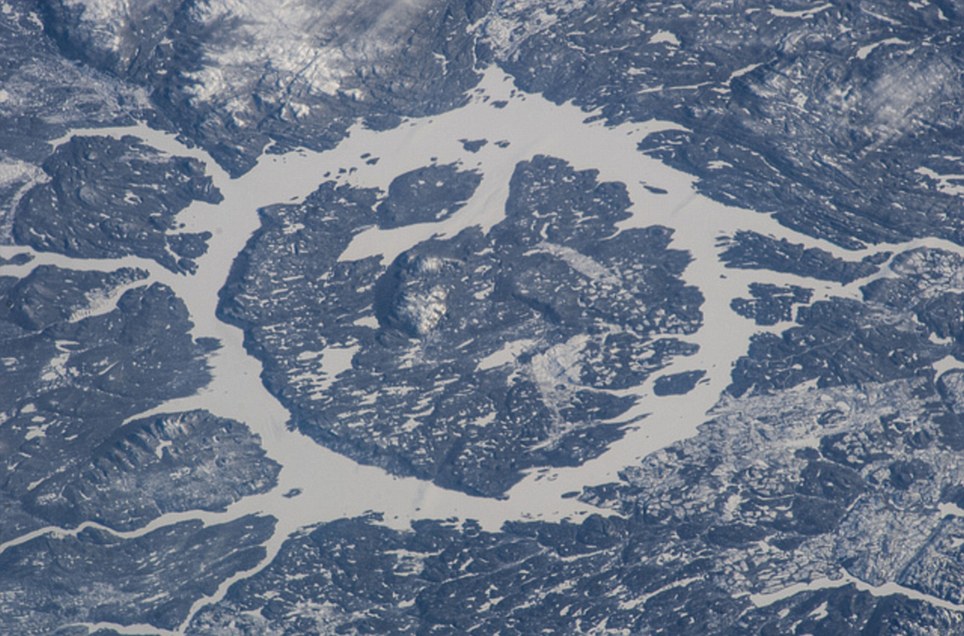 Lake Manicouagan, Canada: The only known lake that has been cast into the form of a ring was created 200 million years ago when a 3.1-mile-diameter asteroid - the fifth largest ever - crashed into the earth and left behind what appears to be the world's only concentric river. At 1,206 square miles in total, the lake's primary island takes up more surface area than the water 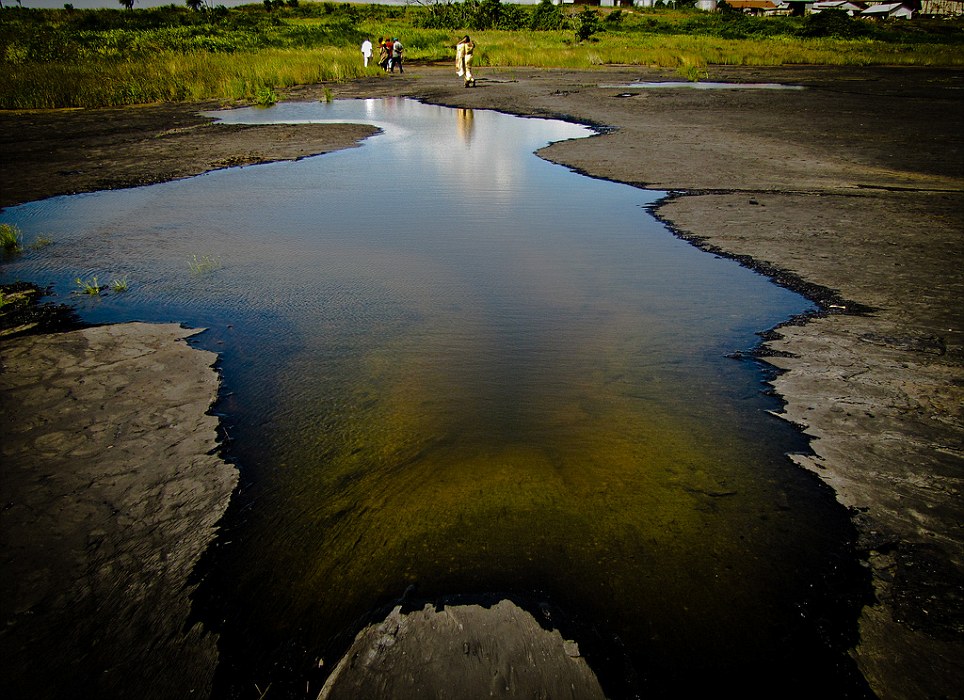 La Brea Pitch Lake, Trinidad: Made up of around 10 million tons of liquid asphalt over 100 acres, La Brea Pitch Lake is the largest natural deposit of pitch on earth - and therefore probably the gooiest place in the world. The Fountain of Youth is the nickname local villagers have for the warm, healing pools of sulphur-infused waters that appear around the lake during rainy season 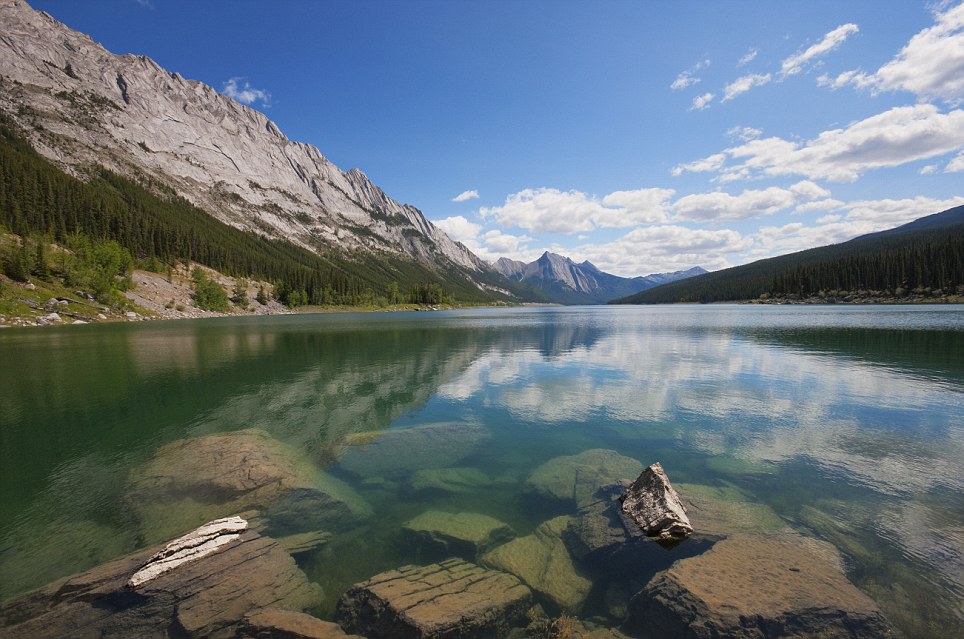 Medicine Lake, Canada: OK this may not LOOK like a strange lake, but in the winter, you try finding it. A series of sinkholes beneath the water absorb it, sending it though a 10-mile course of underwater caves (one of the largest inaccessible places on earth), after which it appears above ground again in Maligne Canyon. Even though 4,000 gallons seep out every second, the phenomenon takes weeks. The area's indigenous residents used to call it Magic Lake 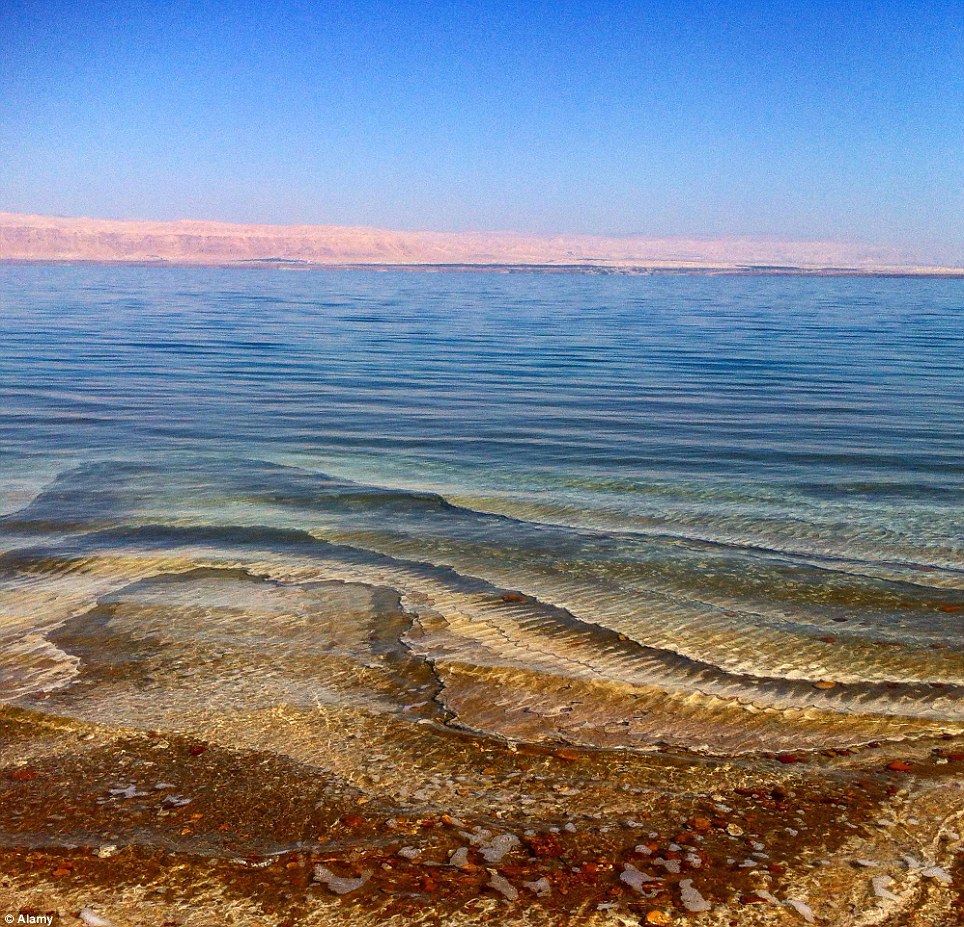 Dead Sea, Israel/Jordan: Ten times saltier than almost any other sea on earth (35 percent compared to 3.5 percent) this body of water is actually a lake which is said to have healing powers for skin and joints, and at 1,486 feet below sea level, is the lowest place on earth. Travellers come from all corners of the globe to float on its surface 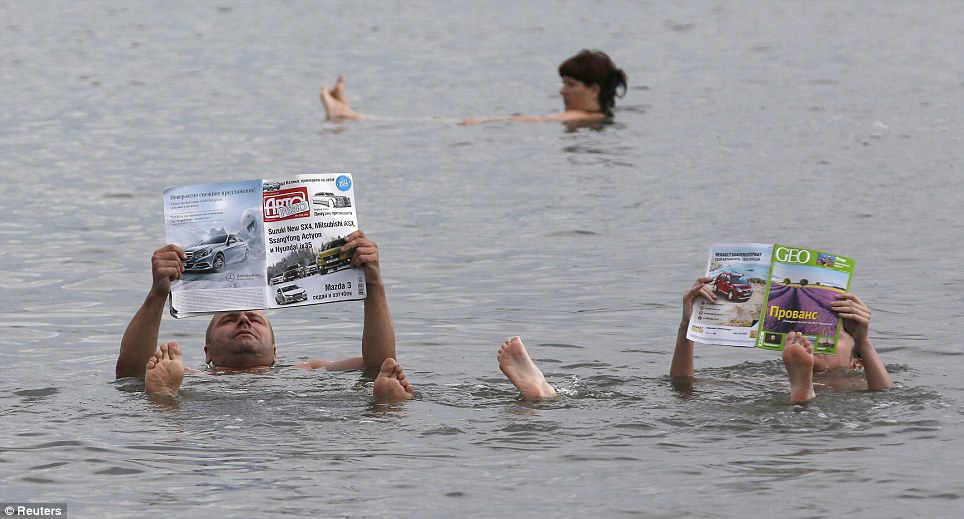 No not the Dead Sea but the salt waters of Lake Tus in Russia's Khakassia region: During the summer, Russians from different regions travel to Lake Tus, famed for the curative properties of its black and blue sediment, to bathe in the salty water and smear themselves with mud 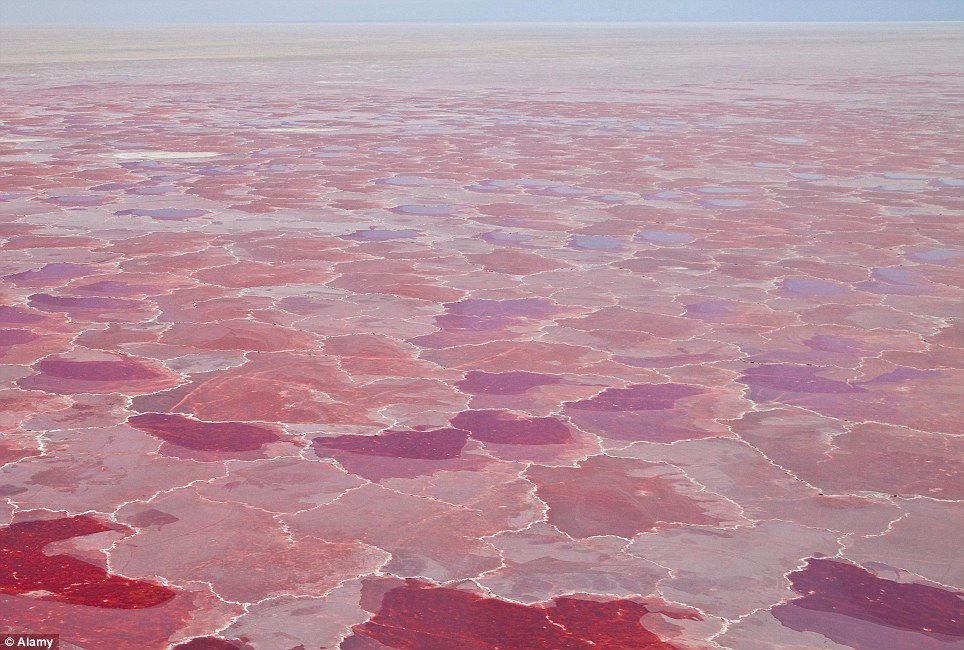 Lake Natron, Rift Valley, Tanzania: Lake Natron literally turns animals into stone. Petrified bats and birds are regularly found washed ashore here, as this forbidding lake which reaches temperatures of up to 140 degrees literally turns into animals into stone. It is thought that the lake's reflective surface tricks birds into diving in, where they soon meet a petrifying end. Beautiful to look at though 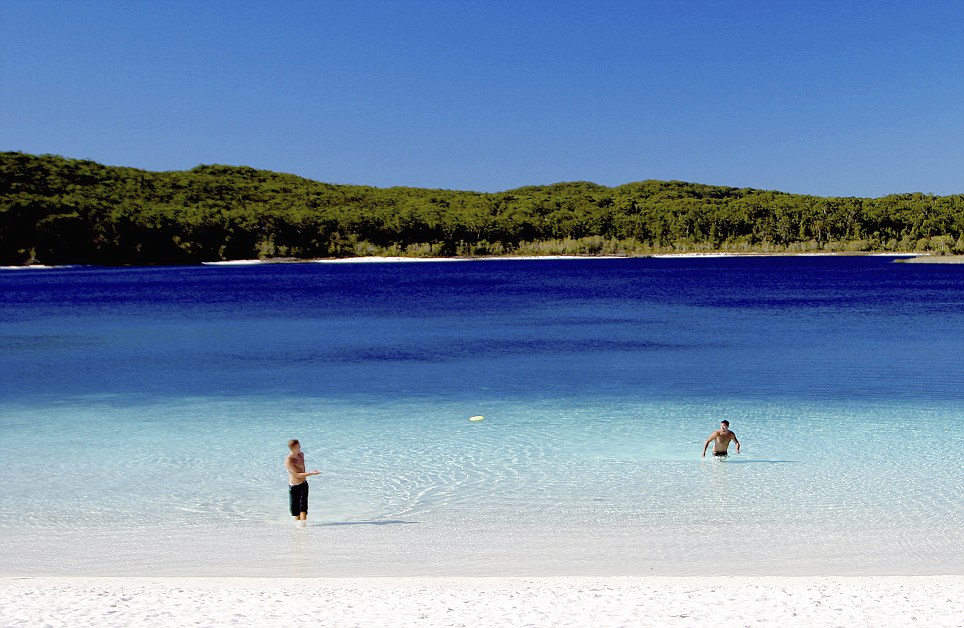 Lake McKenzie, Australia: Located on Fraser Island, a 75-mile-long sand bar in the Coral Sea, this 370-acre lake is completely fed by freshwater from the clouds, and is therefore too acidic to sustain aquatic life, plants or animals. Not surprisingly it's a World Heritage Site abounding with natural and undisturbed wildlife, landscape, and crystal clear fresh water lake 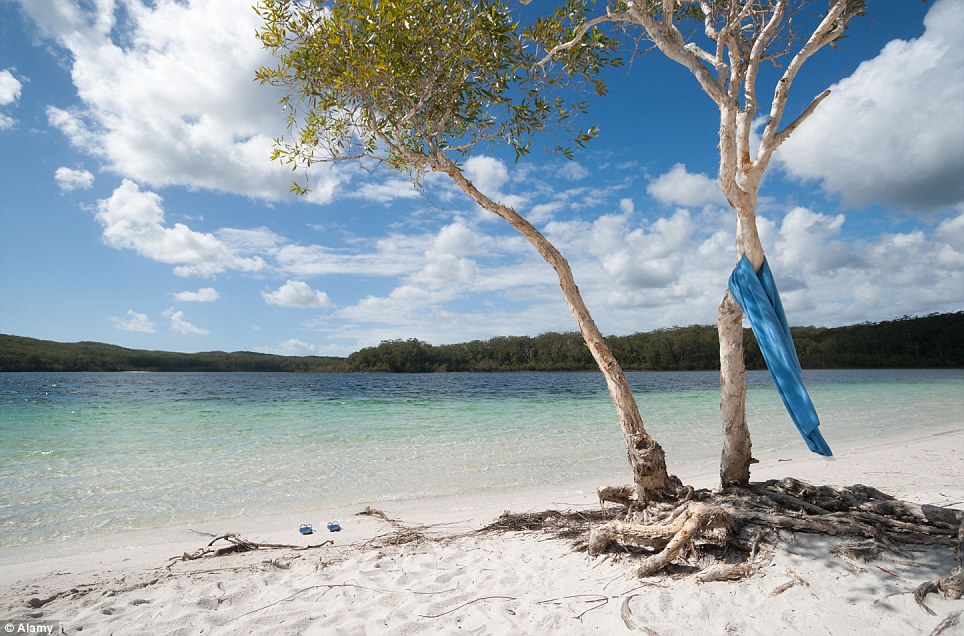 Lake Mckenzie, Fraser Island: Yes we know we've already shown you this one but...well, it's nice isn't it. A blue towel swings in the breeze on the shores of the 'perched' lake and the beach around the lake is composed of pure, white silica 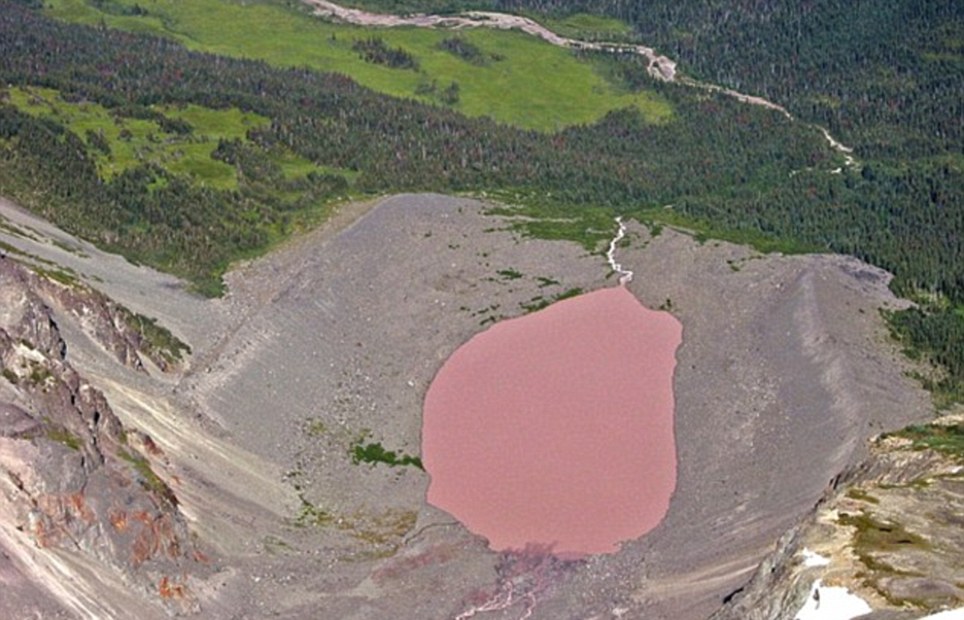 Dusty Rose Lake, Canada: Did you ever know there were so many pink lakes? Dusty Rose Lake, in British Columbia is pink due t the particulate in the glacial melt waters feeding it. The surrounding rock is purple/pink in colour, and the water feeding the lake has a lavender hue to it. Pink lakes not only draw visitors from far and wide but also provide livelihoods to local people 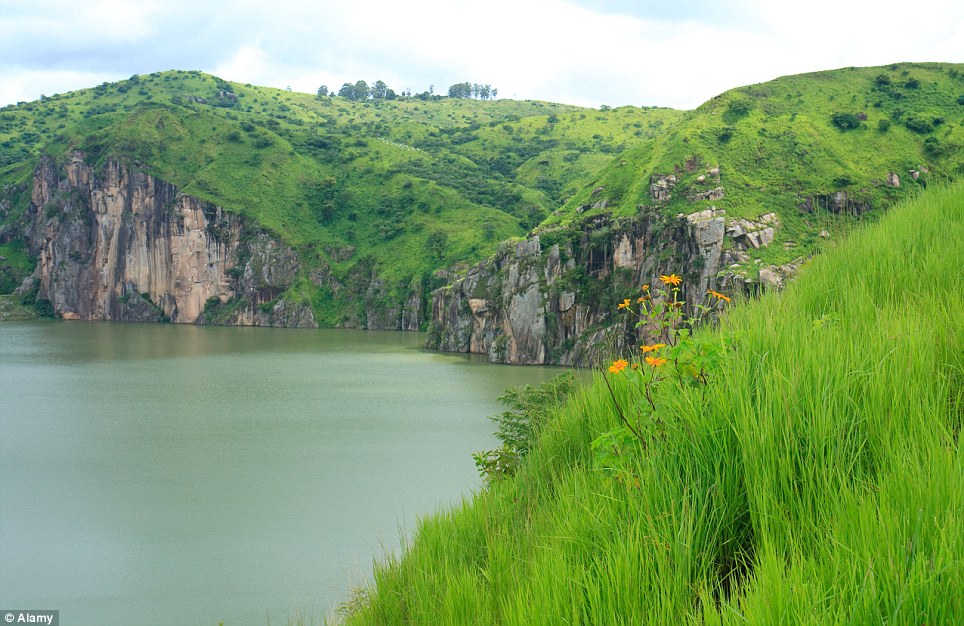 Lake Nyos, Cameroon: So far so unassuming, but in 1986, Lake Nyos caused one of the largest unusual natural disasters in recorded history when it literally blew up, sending a torrent of water 300 feet into the air, followed by a small tsunami to the lake's shores. Then a toxic carbon dioxide cloud suffocated 1,746 people in three days... But don't worry it's safe since scientists introduced a system of piping to artificially remove the gas